“Extending over 53 minutes, Cem Kozcuer’s film is a meditation on the question: ‘At which point does one manage to make something worthy of being looked at?’ The viewers train their eye like a muscle on the immaculate tableaus, which Kozcuer has arranged with precision. The fascination with the objects in their nearly Heideggerian materiality, with structure, texture, sound, grid, speed, focus, and so on, is strained to the point of being hypnotically obsessive, and then it is subverted in a slapstick manner.” – from the jury statement 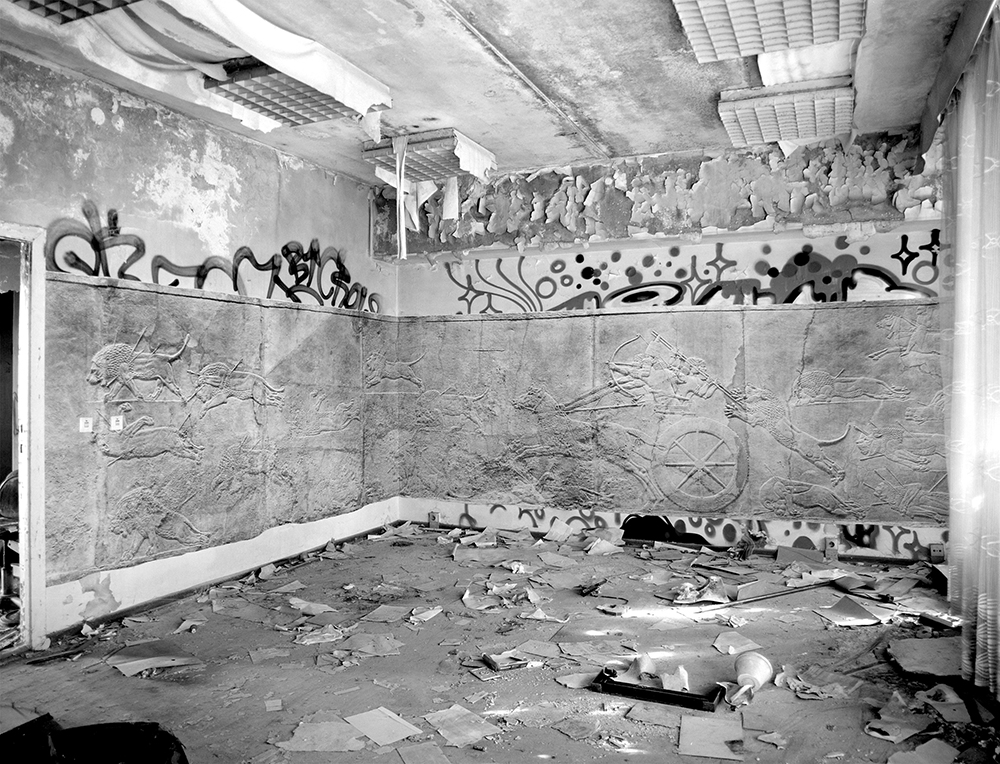 “Today trash lies on the ground and graffiti covers the walls of the former Iraqi Embassy in East Berlin, but the reproduction of the famous royal lion hunt from Assyria does not actually belong there at all. This relief is one of the great artworks of mankind, which, as a consequence of colonialism, can no longer be viewed in its place of origin. The lion hunt in Trenka-Dalton’s photo is a documentation of an intervention in the room. The fact that the resulting print is black-and-white smoothes over the gap between divergent realities. Trenka-Dalton’s work wins the viewer over by raising complex historical questions through simple means. The viewers become part of a historical-illusionistic space, in which they also participate as a political subject.”– from the jury statement 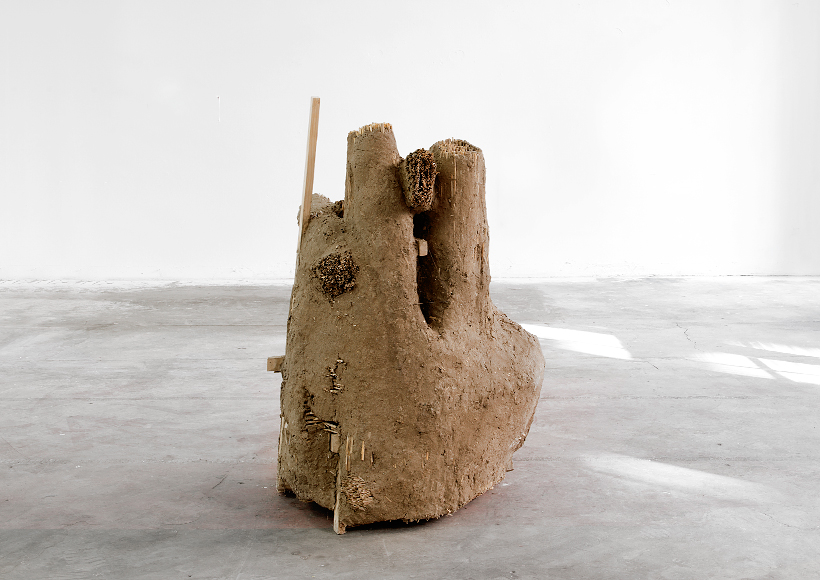 “As a matter of fact, the abstract touches one more than can be understood. References to traditional architectural methods such as timber-framed or loam buildings can be identified in the choice of material – the form itself, however, remains mysterious: The human body parts quoted in the title are anatomically dissolved and instead conceptualized as sculptural functionality. Without having formal anthropomorphic features, the work subliminally recalls a human stature. With its exceptional presence, it strikes the viewer as strangely familiar, almost cognate.” – from the jury statement

Photos by the artists, Phillip Külker